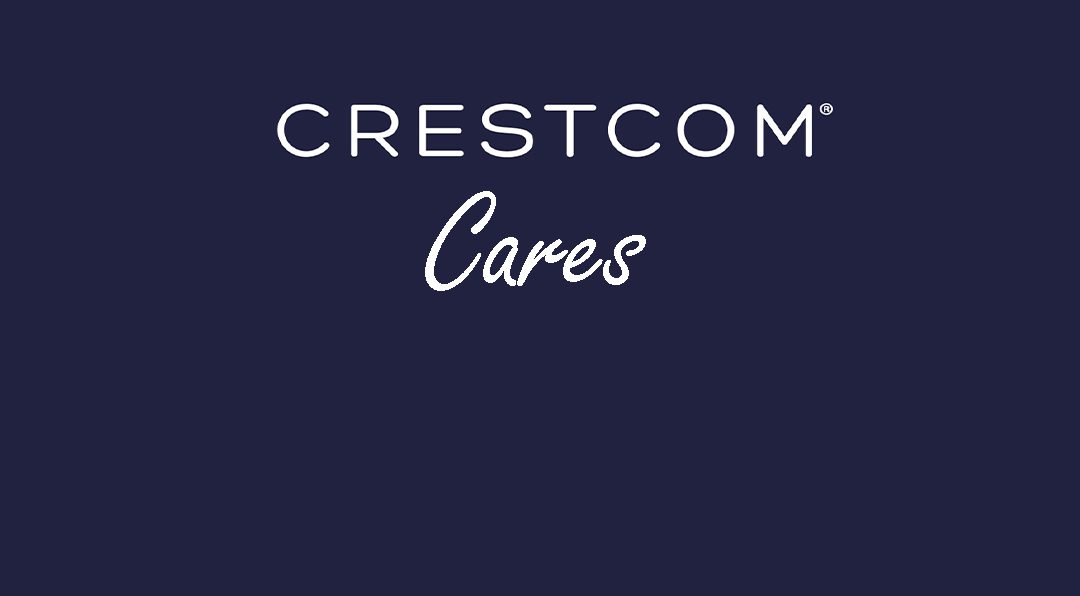 Crestcom International is a global organization with franchisees all over the world. As news broke of the Russian attack on Ukraine, we naturally reached out to our franchisees near Ukraine to see how we could help support them as an organization. Below is a firsthand account of the first few days of war as described by a Crestcom franchisee located just outside of Warsaw, Poland. He has asked to remain anonymous so as to focus the attention on the refugees in need. The names mentioned in this story have also been altered for their protection and privacy.

We saw it in the media at first. Believe me, if something is happening around the corner, you can’t miss it. It’s just that it turns to fear. We started having strange discussions over lunch, what will happen now, or maybe look for places in Western Europe to escape to, do we escape at all or maybe rebuild our basement to mitigate the effects of a potential nuclear attack in Warsaw? We realized that if a nuclear missile had hit Warsaw, we would have turned to ash… we’ve skipped reconstruction. And that was here in Poland, several hundred kilometers from the conflict zone. I couldn’t imagine what these people were feeling. But I did understand a day later. I received an e-mail from my assistant from the time we lived with our family in Kiev for 3 years: 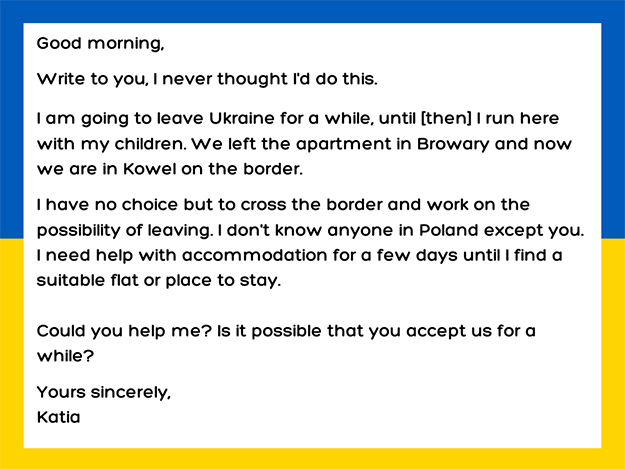 They were in our house 3 days later. We picked them up from the border. Entire family had escaped. On the trip to Warsaw, Katia remained calm until the children fell asleep. Then she began to cry, softly, humbly. There’s nothing you can do, just shut up. They spent a few days with us, joy mixed with grief. Six-year-old Sophia was like a hurricane, fast and loud, but at the same time very tense as evening approached. Serhii, her 14-year-old brother, was brave, no tears, no sorrow. Katia says this is how he expresses manhood until he’s left alone with himself. We lived with them as if we were with family. Shared meals, shopping, evening talks. A very strange and difficult time, but rewarded with fulfillment. After a few days, we rented an apartment for them in Warsaw. They started to live their lives. Today, after 2 weeks, Serhii is at school, Sophia is in kindergarten, Katia is looking for a job. Having customers helps, we have several options.

Katia is doing well, her main thoughts are with her husband who stayed in Ukraine and with their parents living in Mariupol, the most bombed city in Ukraine … or maybe not living at all. There has been no contact with them for two weeks.

Today, we have 2 million such people in Poland. We did not open any refugee camps, they were not needed. We took them as they were our family. In our case, it was also Liza escaping from bombed Kiev with her 14-year-old dog, Dasha with 2 dogs, Libov and Aleksander, and several other people whose names we do not even know. Lots of activities, challenges and problems, but when you think about it, this is just the beginning.

When we asked how we could help, he noted that donations to Caritas, a local organization in Poland, would be the most impactful. He has seen this organization working to support refugees in Poland firsthand.

If you would like to make a donation to Caritas, you can do so using the link below. On behalf of everyone at Crestcom, we thank you in advance for your support and for reading and sharing this story with others.

Below are images of Caritas Poland at work helping Ukrainian refugees: 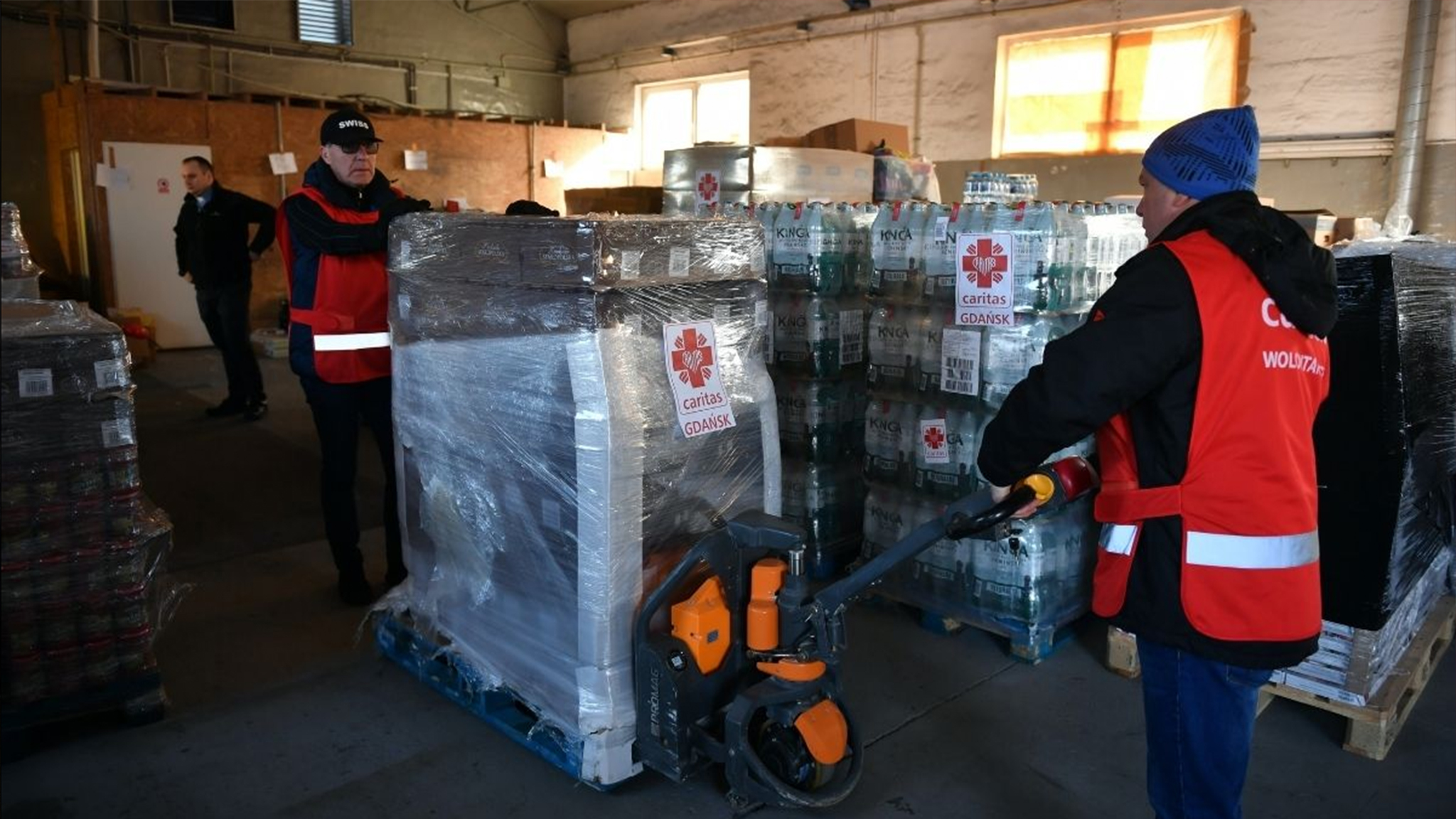 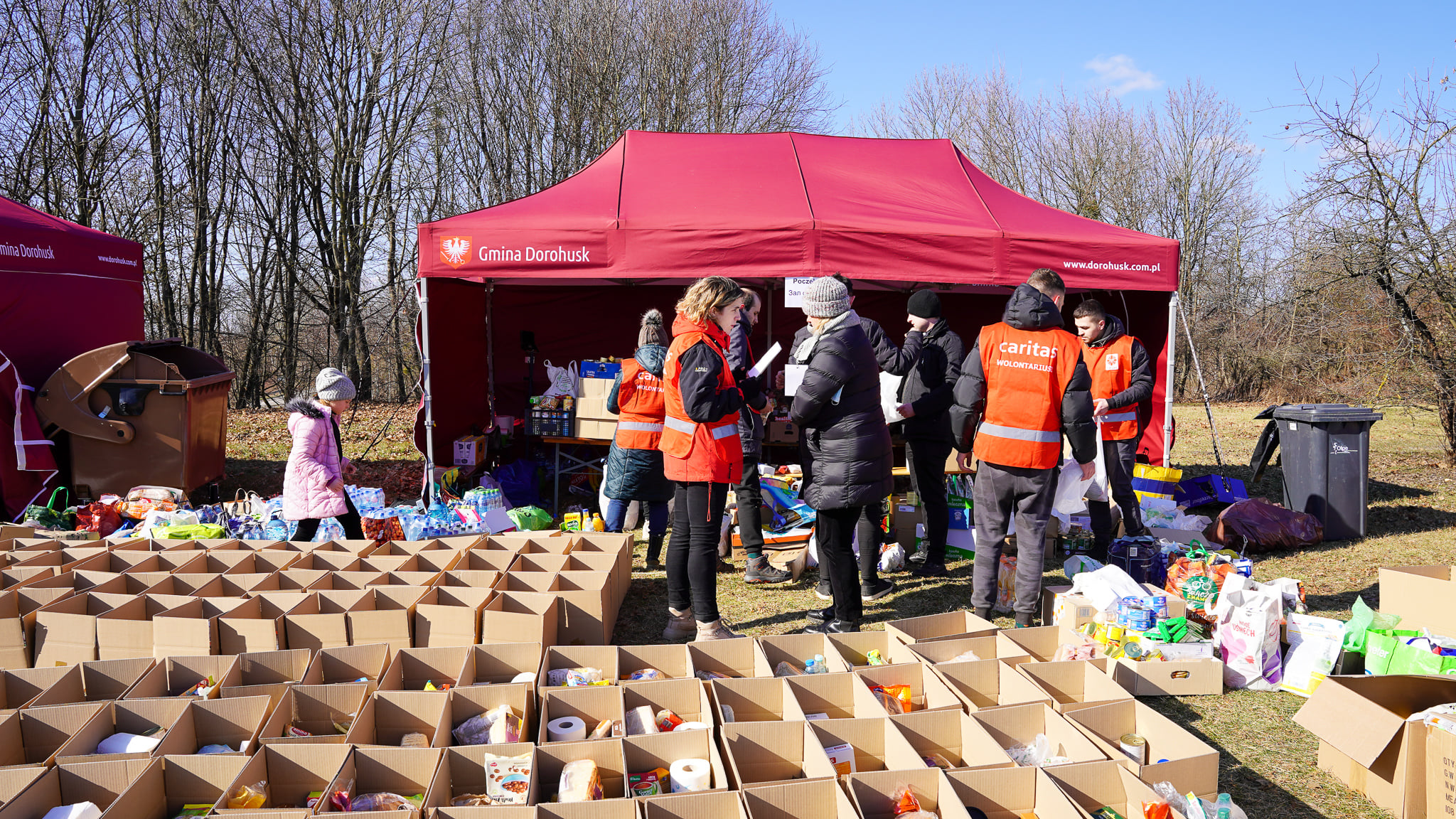 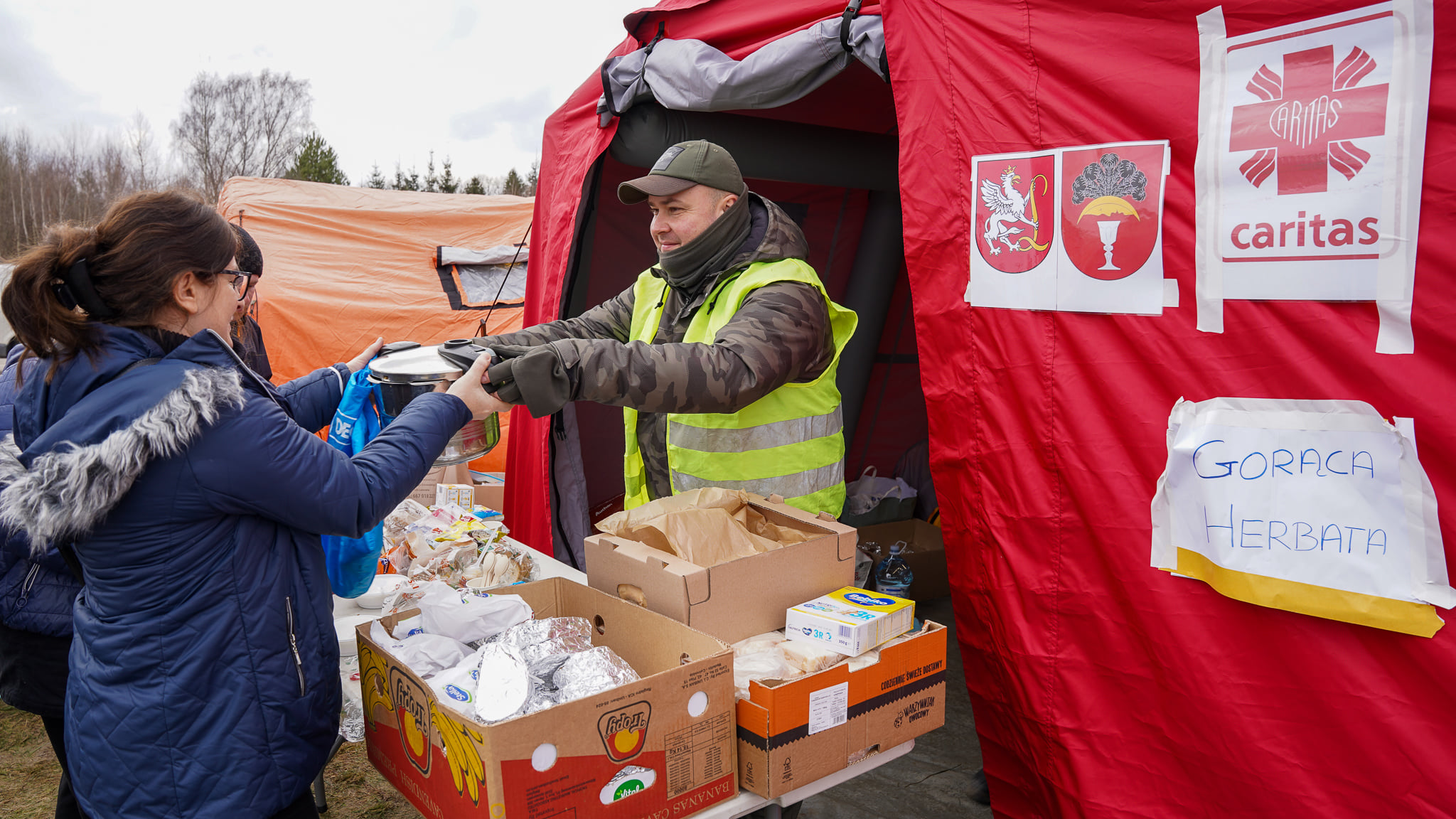 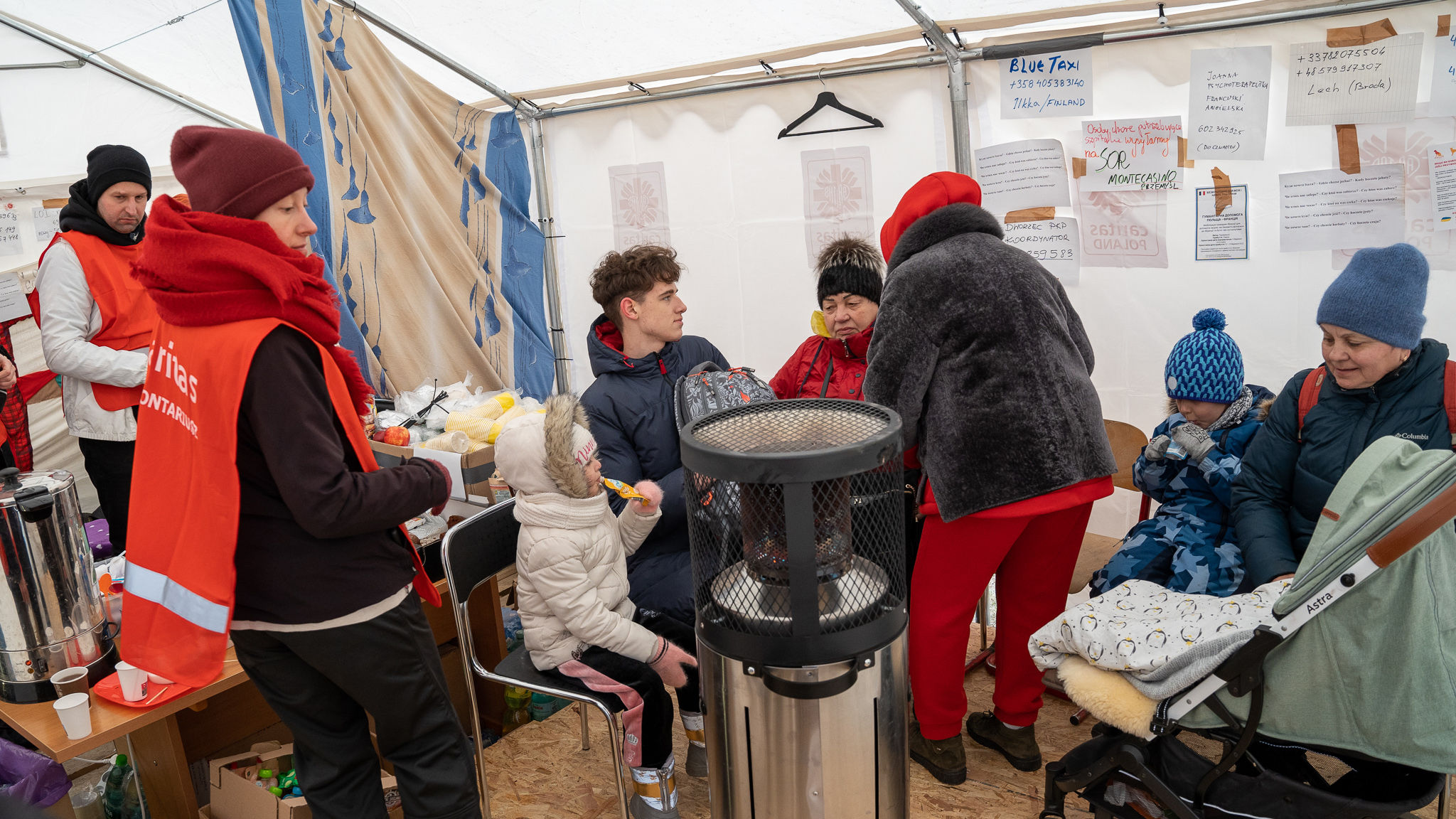