Develop Your Leadership Influence to Impact Productivity and Growth

Leadership influence improves organizational productivity and growth through engagement and motivation, rather than authority.

Influence is defined as the capacity to have an effect on the character, development, or behavior of someone or something, or the effect itself. Authority is defined as the power or right to give orders, make decisions, and enforce obedience.

Influencing Others is a core competency of great leadership, and developing it requires the practice of daily habits in three distinct leadership skills: open and effective communication, negotiation and consensus building, and emotional intelligence.

Communication includes body language, listening, asking, and sharing—in a word, dialogue. The ability to influence depends on effective communication. Although many leaders tout their communication skills, executives and managers often still default to a dictatorial approach rather than a persuasive one.

Some managers believe a dictatorial approach is a more efficient way to communicate. This is a method of informing, not communicating. Effective communication is less about talking and more about listening and fostering open, interested dialogue through asking the right questions, sharing information, participating in dialogue, and building consensus. Leaders must become increasingly better at their inquiry skills versus their telling skills. Great inquiry skills help employees obtain clarity, courage, and ownership of their recommendations. 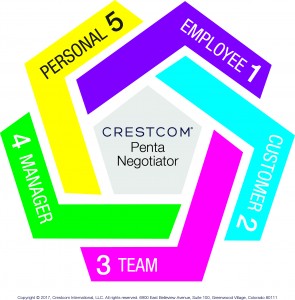 For many people, negotiation conjures images of combativeness and partially truthful dealings. But the truth is that negotiation is a key tool in leveraging influence both within the organization as well as externally with vendors and clients, and it requires open and effective communication. Perhaps no other leadership skill offers a greater chance to make an immediate, bottom-line impact on your organization and career than negotiation.

Leela, the chief strategy officer and chief risk officer for an insurance provider based in the Caribbean, proved this through saving her organization $2.5 million by applying the negotiation skills she had honed through her leadership development training to two major deals. Leela already had mergers and acquisitions in her portfolio, and it was the part of her job that really excited her. When she realized that she would be attending classes during her leadership course that focused on negotiation strategy and tactics, she was skeptical, thinking to herself, “I have negotiated so many deals. Why should I give up my time to just be told what I already know?”

Leela was surprised to discover she picked up tips that she had not known before, and was delighted by the opportunity to focus her attention on tried-and-true negotiation tactics to sharpen her skills.

Leela found herself working on two negotiations that were big deals for her organization. The first was with a vendor who had submitted a proposal to help the organization build a robust new online customer management system. It was a big project that Leela and the rest of the leadership team knew would be a great asset to their organization, once completed, but they were looking at making a very large investment upfront to get the project going. She knew that, rather than going into a negotiation with an us-versus-them mentality, she should start by focusing on the interests and needs of all parties rather than simply on her position.

Visualize a pie with party A on one side and party B on the other side. If that is a fixed pie, then the process of the negotiation is simply dividing that pie. But that makes it a win–lose situation because anything A gets, B loses, and vice versa. Most negotiations that you may be involved in are not fixed pies, but instead can be expanded by understanding the other party’s interests and needs as well as your interests and needs. By taking specific interests and needs into perspective, we are better able to work something out to expand the pie and create a win–win scenario for both parties.

By understanding both of your needs and interests, you are also better equipped to use relative value to your advantage. This allows you to make concessions on things that cost you relatively little in terms of time, money, or effort but have a high value for the other party. It works on the flip side as well; think about asking for things that might be relatively easy for the other party to provide while presenting a greater value to your interests and needs.

Negotiation Tactic 2: Understand the Difference Between Authority and Power

The balance of power in negotiations is not about who has the authority, but rather who is perceived to have the power. Doing your homework to fully understand your needs and interests, as well as those of the other party, creates a level of power that most likely only you know about. People generally tend to underestimate their level of power in a negotiation situation. Know that you probably have more power than you think and take that into account. When you believe you have less power, you are less likely to take risks. The ability to take calculated risks in negotiations also creates power. Be willing to walk away from a deal rather than sit at the table until the bitter end.

Because Leela is a top-level executive, she wanted to downplay her perceived authority in making the final decision on the deal, so she took the simple step of needing to check back with her project team on offers from the developers. She did work with others on the leadership team, and the project managers who would be involved in the new system, to make sure that they were getting all the functionality and support that they would need. This helped her take a time out and get the other party to wait it out. She also asked a lot of questions: “What will be the extent of ongoing support?” “Can you send me your service level agreement?” “How can we adjust this agreement to reduce response time to 12 hours rather than 24?” and so on. 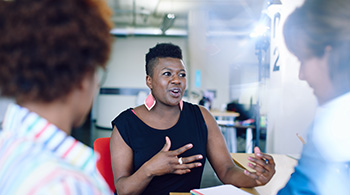 Asking power questions will help you talk less and listen more, and is another great way to create power in a negotiation. The reality is that you can always tell who has the power in a negotiation scenario by who is doing the talking and who is doing the listening. When you talk too much, you start assuming things about the other party—and when you start assuming what the other party wants, you end up giving away too much in concessions. When you get the other party to talk more, you now have a negotiation edge. Use this knowledge to your advantage and restate their points to your advantage.

Be prepared to take risks, particularly the smaller ones, because the biggest mistake most people make is jumping at a first offer. You are then left wondering if you got the best deal that you possibly could have negotiated. We go into a negotiation with a specific figure in mind. Sometimes, the initial offer is much better than we thought we would get and, in an instant, we decide to simply go for it rather than drag out negotiations. Instead, be patient and prepared to go through the whole negotiation process.

As a veteran negotiator, Leela and the developers did go back and forth with offers several times until they finally settled on the price. Finally, Leela submitted what she told them would be her final counter. The developers responded, “Okay, we will think about it and get back to you.” The next day, they came back with yet another counteroffer. When she brought their counteroffer to the project team they asked, “What do you think we should do, the counter is good?”

Undeterred, Leela knew how much the developers needed the project and the revenue that would come with it, so she advised, “Yes the counter is good, it’s within our budget and our tolerance level, but I know we can do better on this. No, I say we stick with our final counteroffer and make sure they know we are serious.”

So, Leela and her team held their ground, “No, you are going to have to do better. We are sticking with our final counteroffer.”

Find out what happened next with Leela, and other manager stories, when you order The Leadership Habit 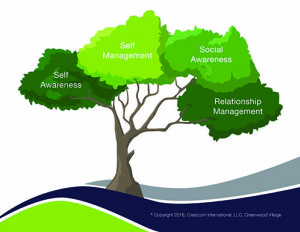 Emotional intelligence, also referred to as EQ or EI, is the act of knowing, understanding, and responding to emotions; overcoming stress in the moment; and being aware of how your words and actions affect others. Emotional intelligence is commonly referred to as a soft skill, but developing a high EI gives you a competitive edge in your ability to influence and lead your team—what we call a soft edge. When you have high EI, your ability to recognize verbalized or unspoken feelings can empower you to be more sensitive to timing and to better manage the words and the tone of the words that come out of your mouth.

There are four key attributes that contribute to the measurement and development of emotional intelligence. These are (1) self-awareness, (2) self-management, (3) social awareness, and (4) relationship management. Leaders who have a high degree of self-awareness are able to identify their own personal motivators, emotions, and triggers as different situations arise. They accept themselves for who they are—although truly effective leaders never stop striving to become better or understand their personal strengths and weaknesses.
All four attributes of emotional intelligence are equally important, and they are not sequential. For example, you do not necessarily need to fully develop your self-awareness before moving into self-management. Most people will find that they are strong in some areas and lacking in others. Reflecting on and identifying your own emotional intelligence strengths and weaknesses is the first step to developing more EI. But developing your EI doesn’t just happen overnight. It takes time, commitment, and dedication to improve those weaker areas of emotional intelligence while also improving in areas that already are your strengths.

Influencing others is the primary mechanism through which great leaders lead. Although it is tempting for some to lead through authority, this approach results in limited organizational success. Under an authoritarian approach, team members will ultimately only accomplish the bare minimum of what is expected, resulting in limited success and growth for the organization. Using open and effective communication, negotiation and building consensus, and emotional intelligence are the leadership tools that allow a great leader to influence greatness and excellence in the work that is executed by his or her team.

When employees are looking to you to solve an issue for them, first ask:

Through these questions, help them realize that they likely have already solved their own issue. Use this same approach in peer meetings and assess your effectiveness. You may find that the more questions you ask, the more influential you are. Remain genuinely curious.