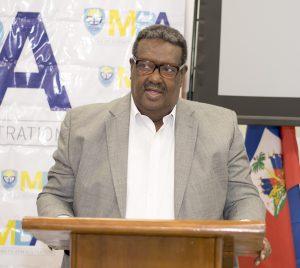 When Dr. Paul Latortue decided to become the owner of a Crestcom leadership development franchise, he did it because he saw a real need for professional leadership in the tiny island nation of Haiti.

A small Caribbean country located on the island of Hispaniola, Haiti is a country best known for its persistent poverty, political turmoil, and devastating natural disasters. What many don’t recall is that Haiti was established as the first independent sovereign nation in Latin America and the Caribbean. It is also the only nation established by a successful slave revolt. While early leadership lay the foundation for building a nation out of an entirely slavery-based economy, years of political strife, military coups, and human rights abuses have created a leadership void that has persisted for generations.

“Haiti has been so isolated for so long, and continues to be so” explains Latortue. “There are very few examples of great leadership to look to as role models, so the culture of leadership is very different here. People want to change that, but they need guidance.”

As the Dean at Université Notre Dame d’Haïti, Latortue recognized an opportunity in bringing internationally known and recognized leadership training to the MBA program to help provide this guidance.

“We started it last year. The idea was to introduce it as a pilot to the MBA program and see how it performed,” says Latortue. “And, by all accounts, it performed very well. Student surveys and feedback showed that they felt the Crestcom curriculum applied directly to the situations they faced at work. They learned new skills, like how to approach team building and dealing with customers, that people just don’t get good quality training for in Haiti.”

Latortue and Université staff used Crestcom’s content and adult learning approach to complement the existing MBA curriculum. They divided the 24 existing Crestcom training videos into six groups according to the topic of each course, which includes: business management, marketing, operations, management, and marketing management.

“One of the things I like about the Crestcom model is that it gives managers insights and recommendations on how to get along with other people: colleagues, supervisors, direct reports, and customers. It includes a lot of application of psychology for effectively dealing with people in the professional environment.

In Haiti, there is a lot of need for learning how to deal with people and how to treat people professionally; for learning how to exercise and model positive leadership in the workplace. I think people really enjoy it because it’s not their reality at work, but they want it to be—and they want to be part of that change.”

Now, students who have graduated from the program want to bring this training to their companies more broadly. Paul Latortue is introducing Crestcom Bullet Proof Manager® to the business community at large, and the results are overwhelmingly positive thus far. 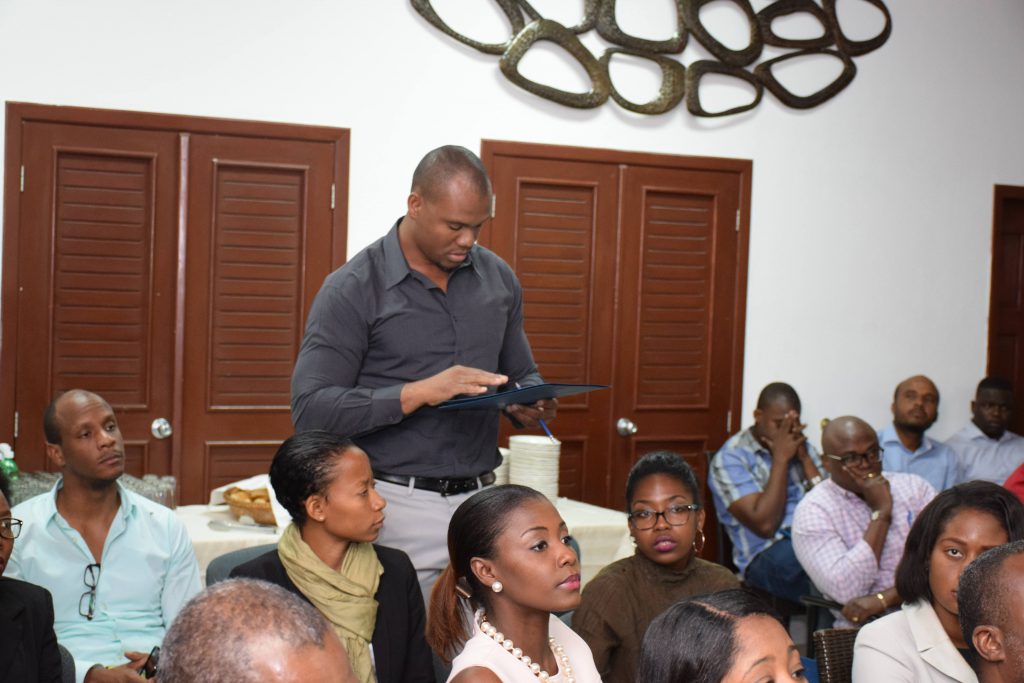 “As in most places, management doesn’t invest enough in their workforce. Crestcom shows them the importance of training. Here, people become leaders because they own the capital. Crestcom shows that you have to become a leader by inspiring people to learn how to manage things and people on their own. This decentralized approach improves productivity and is ultimately better for the organization,” explains Latortue. “The class that most people seem to like the most is The Leadership Mindset. I think it’s because it’s a new way of thinking, a new approach in this environment. I really hope they will be able to apply it, and I look forward to being able to continue to work with some of these initial students and their teams to help them continue to learn and develop as strong leaders.”

Dr. Paul Latortue was a long and distinguished career as an academic and educator. He earned his Bachelor’s in Economics and a Masters in Finance and Marketing from Inter-American University, in Puerto Rico. In 1980, he earned his Ph.D. in Economics at the State University of New York, in the United States. He is fluent in English, Spanish, French, and Creole.

Latortue has spent his professional career as a leader and educator in both Puerto Rico and Haiti. He has dedicated untold hours, expertise, and resources toward helping the people of Haiti. From 1995-2001, he served as the executive director of Unite Centrale de Gestion in Port au Prince, whose mission was to supervise investment programs to restore country infrastructures such as repairing hospitals, schools, ports, and roadways.