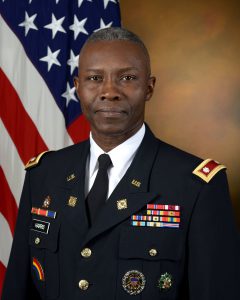 Dan Harris has dedicated his professional career to many facets of leadership and management development. When you look at his distinguished career and many accolades, it’s impossible to not want to sit down and learn from his experiences.

And now, managers in the Analomink area of Pennsylvania have a unique chance to do just that. As Crestcom welcomes our newest franchisee to our family of dedicated leadership development trainers, we can’t help but feel a sense of pride to have such a leader join our roster of talented leaders.

Prior to purchasing his Crestcom franchise, Daniel E. Harris served as the New York City Region Counter Drug Commander, where he leads the implementation of New York Counter Drug policy, program, and guidance in support of Law Enforcement Agencies, and Civil Operations in support of community coalitions.

“I chose Crestcom because, while I knew that I wanted to continue to teach and lead people as I did in the army, I did not know how to go about doing it outside of the army. Crestcom provides me the space and infrastructure to allow me to train and facilitate leadership while getting paid to do so,” says Harris. “Crestcom has excellent content that is constantly updated based on clients and franchisee experiences from all over the world. This is augmented by the use of subject matter experts in their respective disciplines.”

Harris’ background includes a long and distinguished career in the armed forces, including a variety of leadership posts in both the Army and the National Guard. He became an officer in 1992 through Officer Candidate School at the Empire State Military Academy of New York and branched as a combat engineer officer. He served as Battalion Command of the 369th Special Troops Battalion in New York, where he helped develop and implement all programs for 11 units with more than 1300 soldiers.

Harris deployed to Tikrit, Iraq with the 42D Infantry Division from April 2004 to November 2005 as a logistics planner and manager. He also helped plan, directed and executed warehouse, relief, supply, transportation mission, and other logistics support missions for the initial 5 days of 911 Ground Zero operations.

As you might imagine from his background, Dan describes his leadership style as hands-on. And that’s probably why he named his new franchise Muddy Boots.

“The purpose of a leader is to MAKE DECISIONS timely and consistently based on up-to-the-minute best information. This builds credibility. You must demonstrate and show leadership, not simply talk or teach it,” explains Harris. “You become an effective leader from gathering a variety of experiences over a lengthy period through many trials and errors as well as from working with many different and diverse peoples layered and a healthy dose of learning.”

And what is Dan’s advice for others considering exploring a Crestcom franchise?

“Contact Crestcom if you are interested in teaching, coaching, and mentoring leadership to people and build them up to do limitless and timeless things. Purchase the franchise, get trained and certified and embark on your passion to build people. It is not a coincidence that human beings get the greatest satisfaction from helping other people. This is the ultimate gift. It is the gift that keeps on giving. It never ends.

Welcome to Crestcom, Dan! We are so excited to have you on our team!