Why We Need Generational Training Now 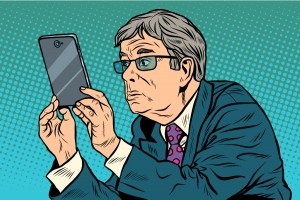 The generations we work with today are not the ones we knew a few years ago. In fact, we’re going through the most dramatic demographic shift the workplace has ever seen.

First, Millennials aren’t the new guys anymore. They’re established, experienced, and (wait for it) the largest generation in the workplace, basically the new gorilla in the room. Meanwhile, a Boomer retires every seven seconds, and 4.5 million Gen Zs graduate and join companies each year. Only Generation X holds numerically steady, like an island in the midst of tides.
On top of that, young generations increasingly own the table. Technology skills catapult Millennials and Gen Z up the ladder, while a lack of technology skills drags older generations down. One in three of us works for someone younger, and that number keeps growing. It’s complicated.

The generations are shifting faster than you can say “demographic cohort” and top-down culture is dissolving as Millennial ways of working take hold. Conflict is inevitable.

Conflict Comes with the Territory

That was the lesson COO Miriam Jacobs learned in her healthcare startup, we’ll call it MarkLite. Early on, one of the MarkLite investors offered the company free office space and the team moved in.

But the traditional office space—lots of doors, little open space—never really worked. The mostly Millennial team disliked the isolation of separate offices. Convinced that the office layout was stifling speed and innovation, Miriam moved the team to a co-working center. The team loved it. Her investor did not.

To his way of thinking, he had offered her beautiful offices—and for free! Miriam tried to explain the way her team worked—at all hours, often from home and always collaboratively—but that only made matters worse.

The clash was generational. Miriam’s investor was a traditional Baby Boomer, but Miriam’s group takes flex for granted. And Miriam herself? She’s a typical Gen Xer, focused on what works, and like Xers everywhere forced to run interference between Boomers and Millennials.

Miriam’s bind is fairly typical of what I see in my consulting—Gen Xers are caught in the middle when multigenerational groups reach an impasse. When teams fall apart over generational differences, the whole enterprise can suddenly be at risk. And, surprisingly, it’s not uncommon.

During recent years, I’ve noticed a distinct uptick in the intensity of generational conflict. This is likely because we’ve reached a tipping point between what used to be standard in the workplace and something new emerging. Resentment, conflict, inefficiency, and gamesmanship can be the result.

Does Any of This Sound Familiar?

Where are you in the process of adapting to new generations?

Many companies are experiencing value in developing their management team’s generational intelligence through multigenerational leadership training. These leaders and managers develop skills that allow them to bridge the divide that generational conflict creates, to improve operational efficiency, team performance, and company culture.

For lots of solutions to generational tensions, check out Amy’s free e-book, 3 New Generational Realities, and 38 Killer Strategies You Can Use to Crush Generational Conflict Now: www.GenerationalEdge.com/books.