3 Barriers That Are Killing Your Organization’s Ability to Innovate 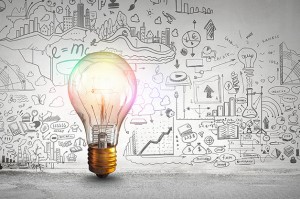 Remove these three barriers to help provide your employees with the opportunity to innovate company practices.

Though we often find it more comfortable to resist change and continue doing things “the way we’ve always done it,” we all know that innovation is key to a company’s success. Some organizations excel at inspiring innovation while others lag behind. Even those companies that have committed themselves to innovation will, at times, find that innovation begins to lag. In either situation, the first thing that leaders need to do to stimulate innovation is to review the three most common barriers to innovation, identify how these barriers are contributing to a lack of innovation, and then work toward removing them.

The boss doesn’t want to take the risks, the boss doesn’t want to listen to the ideas. They’re concerned about money, they’re concerned about time and boundaries. As leaders, we can identify with this barrier from both sides of the issue. We’ve been in the position where our boss is telling us “No”, and we’ve also been in the position where we’ve had to (or felt like we had to) say no.

The reality is that, if you’re not experiencing an innovative work environment, the boss says no too often. Perhaps that means you are saying no too often. If you are refusing ideas too often, you can imagine what ends up happening to the number of ideas that your team will continue to bring to the table. 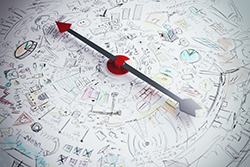 Some red tape really and truly can not be removed, particularly when it comes to regulations. However, it is fair to say that ideas more often than never considered because of red tape far earlier than is needed. Perhaps the idea won’t work in the exactly way that it is initially presented, but with adjustments, it could make a big difference. Sometimes the seemingly impossible needs to be entertained until it has been given its fair consideration.

3. Lack of Self Confidence

This barrier really manifests itself in two ways. An employee may be holding themselves back from innovating and introducing new ideas due to their natural level of low self-confidence.

The second manifestation of this barrier is one that we’re much more concerned about in this article. It is the lack of self-confidence that occurs as a result of the first two barriers. After having ideas turned down over and over again, inevitably your employees’ self-confidence to present and implement innovation.