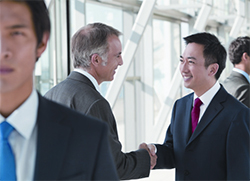 “Do unto others as they would like done unto them.” ~The Platinum Rule

People are different, but they are predictably different. Understand that there are four main personality types. When you identify which type the other side is, you can far more effectively communicate and control the negotiation conversation. Being able to read their personality type and mirror their non-verbal queues allows you to speak with them on their level. You’ll start to feel the other side warming up to you – they like you because you’re treating them the way they want to be treated.

The result is that negotiations stay positive and productive. People want to work with people that they like and are comfortable with, and following the Platinum Rule is a simple, yet incredibly effective way to achieve negotiation success.